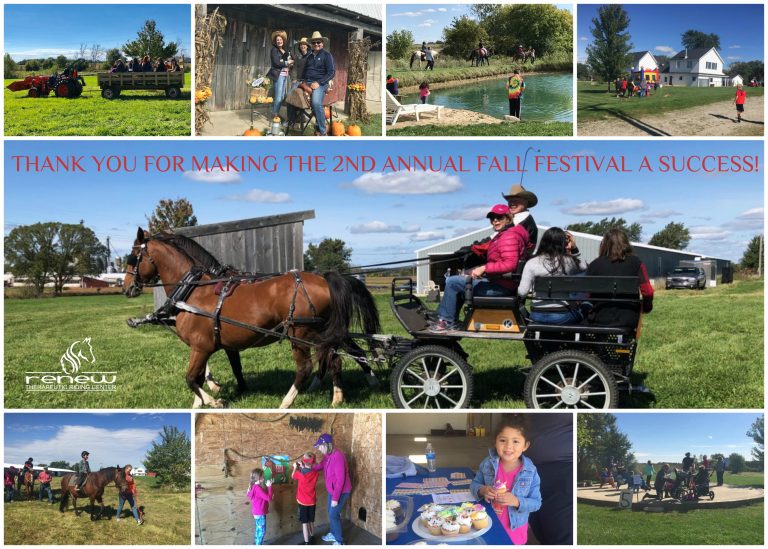 Saturday, September 29, 2018 was a particularly fun day. It was this day that Renew held its 2nd annual Fall Festival, but this year the extra special ingredient was our location. During this event we were able to showcase our new property, the future site of Renew. It was a beautiful setting for all of the liveliness, games, and activities. There was certainly a lot of excitement as many people explored the 20-acre grounds for the very first time.

Once again, we at Renew, are reminded of how honored we are to have such wonderful volunteers and the support of so many. We had approximately 40 volunteers who served at Fall Festival! We do what we do to change lives, to help others…to serve. Thank you for your time, your smiles, and your kindness.

A few thank you’s are in order – thank you to Phil Plasman and Mark DeHaan for providing the horse/cart rides and hay rides, Macatawa Bank for providing snacks, Doug and Vivian VerHoeven of Fulfilling Life Ministries for providing the bouncy house and tables, Mary and Chris Rottschafer for providing decorations and props for the photo station, Lakeshore Chiropractic for offering chair massages, and the Vanderbilt family and Mark Miller for providing extra horses for our horse/pony rides.

We can’t wait until next year!

Thinking Out of the Box (or Barn) 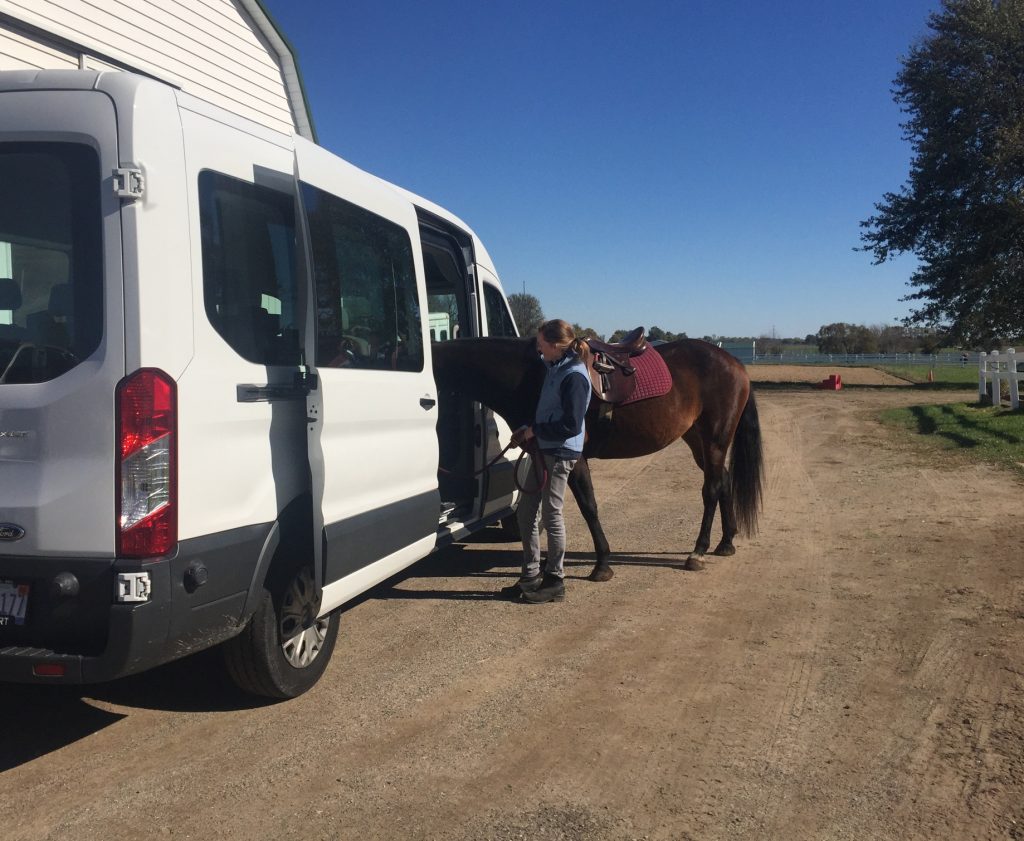 It was a typical sunny summer day like any other, but for Angela (name changed for privacy), it was an unusual day. Although excited to come to Renew for her weekly riding lessons with her friends from the Life Enrichment program at Benjamin’s Hope, once she arrived she did not want to leave the safety of the van.  Her friends went in to begin their grooming and riding, but Angela refused to move and leave the security of the familiar space in the van. Not having words to speak, she just sat – not appearing to be upset, not sick, but not making any move to leave her seat. Renew staff and volunteers came out to the van with encouraging words to help her move along through the routine with the goal to ride, but to no avail, and the minutes ticked by.

After about 15 minutes, when her friends were already mounted on their horses and Angela’s horse, Honey, was tacked and waiting for her, Angela was still in the van. Trying to think what Angela might need in the moment, Melissa, our Executive Director decided to try a new approach. Rather than bring Angela to Honey, why not bring Honey to Angela? So, along with her team, they trekked out to the parking lot to find Angela still sitting in the van. With the van door wide open, Honey and her team greeted Angela to let her know they would follow her lead when she was ready to ride.

Well, it only took a minute for Angela to be ready. With a big smile and a pat on the nose for Honey, Angela emerged ready to ride. She got her helmet, mounted Honey in the arena, and joined her friends for a great lesson.

Why did this matter? Because although Angela does not have words to speak, she communicated clearly to us that she needed something that was not being provided. She needed more encouragement, more support, and more reassurance. And we got to show her that she mattered by bringing her horse “out of the barn” and to the van. Not a typical day, but also not-so-out-of-the-ordinary at Renew. The horses, volunteers, and staff are willing to do whatever it takes to meet the needs of our beloved participants. And for Angela, this unusual day turned out to be a good day.

Thinking Out of the Box (or Barn)
Scroll to top